Bad Ideas are the Key to Creativity 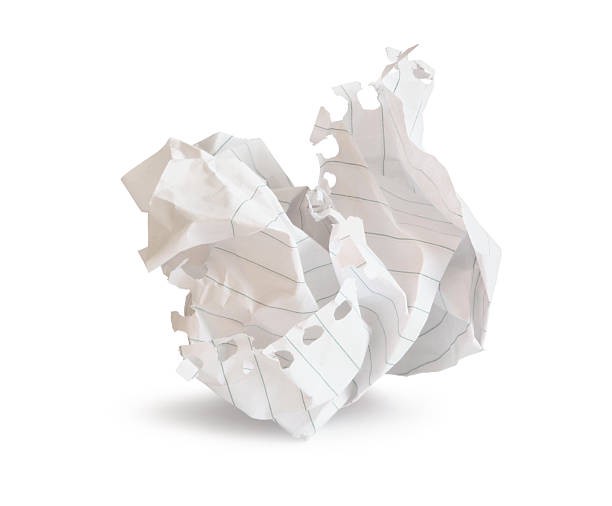 Growing up, we’re all taught to follow the rules. Wait your turn in line. Fill in the bubble of the right answer. Eat your dessert last. Tie your shoes and tuck your shirt in. Don’t ask stupid questions. We’re rewarded for caution and deliberation, punished for coloring outside the lines.

Over time, we’re shuffled into groups based on test results and pursue careers based on our credentials and degrees. We eventually file into offices where we are required to dress a certain way, talk a certain way; behave a certain way. At some point along this journey, the world designates you as “creative” or “non-creative” with most people falling into the latter category.

And yet, we know that creative thinking is necessary for success. It has enabled the rise and sustainable success of companies like Airbnb, Facebook and Uber; completely transforming industries like hospitality, advertising and transportation. In fact, an IBM study of 1,500 CEOs found that creativity was considered the most essential feature of their organization, more than integrity or even vision. According to the CEOs, creativity enables companies to navigate today’s increasingly complex business environment.

The secret to creativity, according to science: persistence.

There are many reasons why we, as a society, abandon creative thinking as we enter adulthood. For one, creativity is messy and uncertain; it goes against everything we learn along the way in formal education and through socialization. Creative thinking can be scary because it makes us vulnerable to judgment and can sometimes feel like we’re giving up control. That’s why many people reassign themselves to the non-creative category — they repress their creative potential in exchange for structure, conformity and comfort.

The notion that individuals are inherently “creative” or “non-creative” is a dangerous one. It implies that only certain people are gifted with creativity, which has been disproved by loads of research, including one study from Northwestern University.

The research suggests we give up too easily when confronted with a problem that requires creative thinking. What’s more, the research finds the most creative ideas tend to arise after many others have been considered and discarded, proving that the key to creative thought is to just keep at it.

Bad ideas are building blocks to great ones.

There are two reasons why embracing bad ideas is necessary for great ones:

Ideas that solve a problem in a unique way are usually a combination of existing ideas, many of which may seem bad at first.Accepting that most of your ideas will be bad will help you move on to new ideas faster and more easily.

Ultimately, like most things, creative thought is a trial-and-error process that requires failure. And while bad ideas can be building blocks to creative thought, sometimes they are in fact actually good ideas — just ones that nobody else understands yet.

Ideas that were once ridiculed have led to some of the greatest inventions in history, such as like human flight or electricity.

Design Thinking is a great technique to boost creativity.

Used by Apple, Google, Samsung, and GE, Design Thinking has become an increasingly popular problem solving approach not just in design, but in business.

To some degree, Design Thinking boils down to defining a problem and creating as many solutions as possible in a limited period of time. It is a technique that’s highly conducive for creativity because, like creative thought, it’s also a trial-and-error process; it’s rooted in generating a high-volume of ideas.

To give you a better idea of how you can leverage Design Thinking to create a new offering or improve upon existing ones, here is a 7-step crash course you can use immediately:

Step 1. Listen to your customers. First and foremost, get out of the office and talk to your users or customers, observe everyday tendencies of what they do, how they think, and what they want outside of the context of your company. The goal is to gather enough observations that you can start to write down problem statements such as “Samantha dreads scheduling doctor’s appointments. How might we help her schedule appointments more easily?”

Step 2. Create visual representations of wild ideas using comic strips.Really. Using the problem statement in Step 1, describe possible solutions using illustrated narratives like comic book strips. Use stick figures to describe the scene in which Samantha would schedule doctor’s appointments in a new way. Sketch out 8 comic strips in 5 minutes, then spend 5 minutes sketching out one big comic strip idea, with each strip containing a different idea. Take a break and do it again.

Step 3. Imagine your new offering in the headlines. This will help you articulate new value propositions. Sketch out your favorite business magazine covers and draw cover images and headlines of what everyone will say about your new offering. For example, based on your comic strips you imagined booking an appointment using Siri, the headline in Inc Magazine might read “How This Company Helps You Book a Doctor’s Appointment In Just a Few Words.” Try to draw 10 copies in 10 minutes, take a break and repeat the 10 minute cycle. You can also feel free to describe ideas that you didn’t sketch in Step 2.

Step 4. Eliminate the impossible (not the bad). Once you’ve gone through all the ideas on the table, talk through ideas that you think would would be valuable and eliminate ideas that can’t be pursued immediately, like your doctor visiting your home via holograms. You should be able to combine ideas and narrow them down to 3 new ideas. This usually takes anywhere from a few hours to a full day.

Step 5. Make something you can touch and feel. The goal here is to evaluate an idea, not launch it. Be as resourceful as you can and try to limit yourself to only an hour to make a physical or digital prototype. A good starting point for simulating physical products is glue and popsicle stick, and tools like InVision or light code for digital ones. As long as you can touch it, anything goes.

Step 6. Then put it in the hands of your customers. Your customers are likely more imaginative than you think. Get a focus group together, show them what you made and get some knee-jerk reactions. The rule of thumb is to talk to 5–7 people to get the most insight in as little time as possible.

Step 7. Go back to the drawing board. Remember, the purpose of all the work you’ve put in to this point is to generate new ideas. If you think your customers are excited about your prototypes, start putting a plan together to execute on what you’ve created. If not, take the new learnings and go back to Step 1.

The beauty of this approach is you can do it in one week or over the course of 6 months, with most of the variability being in how much time you spend making your prototypes. It can be used by any department or role in the company to to unlock the creative potential across your entire organization.

This article originally appeared on here.