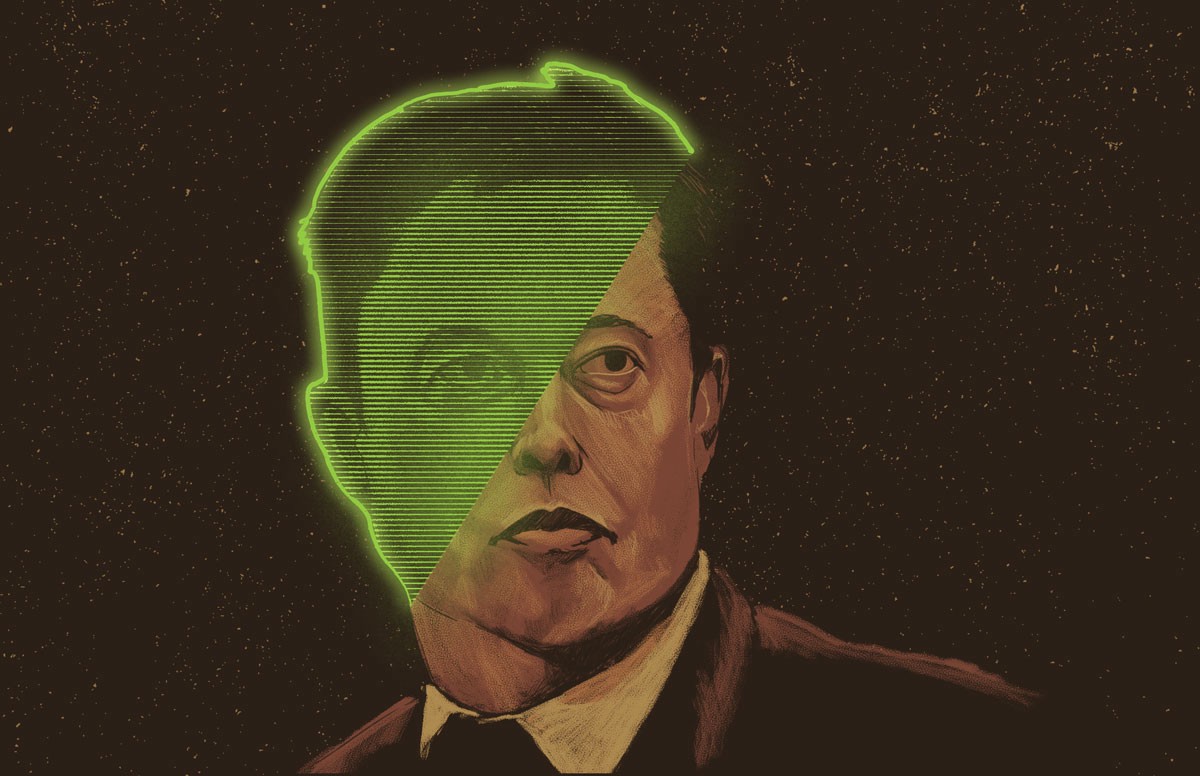 Elon Musk thinks it’s almost certain that we’re living in some version of The Matrix. In fact, he believes that there’s a “one in billions chance” that reality as we know it is not a computer simulation.

No, really. You read that right.

“The strongest argument for us probably being in a simulation I think is the following,” Musk said. “40 years ago we had Pong. Two rectangles and a dot. That’s where we were.”

“Now 40 years later we have photorealistic, 3D simulations with millions of people playing simultaneously and it’s getting better every year. And soon we’ll have virtual reality, we’ll have augmented reality.”

Here’s how it breaks down: According to Musk, if you take the rate of growth in computational power right now and extrapolate it thousands (or millions) of years into the future, we will inevitably have the ability to create video games that are so real, we can’t tell the difference between the virtual world and reality.

In fact, Musk believes that this fate is so certain, that we are likely already living in a computer simulation, created by an advanced future civilization (more on why later).

That’s a mind-blowing thought. Let this sink in for a second: The man that famously warned about the dangers of artificial intelligence believes we all may actually be artificially intelligent beings.

Look, it sounds crazy. I know. But Musk, who has revolutionized the electric car industry and has ambitious plans to send us to Mars, is no dummy — he’s the face of today’s most technological innovations, and has made billions along the way. I wouldn’t dismiss his idea as crazy or delusional just yet.

Indeed, analysts at Bank of America also issued a report to its clients claiming that there’s a 50% chance we’re living in The Matrix:

“It is conceivable that with advancements in artificial intelligence, virtual reality, and computing power, members of future civilizations could have decided to run a simulation of their ancestors,” the report stated.

Simulation Hypothesis Has Existed Long Before Musk Brought Attention To It

Although Musk has recently made this idea popular, it actually isn’t anything new — the argument (also called the “simulation hypothesis”) was made famous by Nick Bostrom in his 2003 paper titled Are You Living in a Computer Simulation?

Questioning the basis of our reality is something that humans have done since the beginning of time. For example, the simulation hypothesis bears some resemblance to the philosopher Descartes’ famous brain-in-a-vat theory posed in the seventeenth century, which inspired The Matrix — that humans don’t realize that their world is just an illusion created while their brains are suspended in vats of liquid.

Our present examination of reality, however, benefits from an expanded understanding of what’s possible due to the explosion of technology over the last few decades. Some experts believe that by the middle of this century, we will have a computer with more processing power than all the brains in the world. Rapid advancements in artificial intelligence, machine learning, virtual reality and biotechnology makes recreating reality not only plausible, but also science-based.

If you’re still not convinced, consider this: according to a Google expert, we’ll be able to use brain scanners to upload our entire brain to the cloud within 30 years. All of a sudden The Matrix somehow feels just as real as The Titanic.

Why Would Humans Want To Create Simulated Realities?

If this hypothesis is really true, the real question is why would advanced future civilizations create humans as characters inside of a computer simulation in the first place?

The most basic argument is that there’s just plenty of money to be made in creating simulations for the purposes of entertainment, plain and simple — similar to HBO’s WestWorld, a theme park filled with AI robots.

Separately, another argument is based in the idea that simulations could be used for research rather than for profit. For example, anthropologists studying the rise and fall of civilizations can create “copies” of ancestor civilizations with billions of people and create millions of different simulations to understand how different changing variables in society affect the outcome of human evolution.

So hypothetically speaking, say a researcher wanted to understand the societal implications of having a reality TV star as the president of the United States, she could very easily do so and observe the results quickly.

Whether for research or entertainment, by creating copies of ancestor civilizations, it’s likely that those simulations would also eventually have the ability to create their own simulations as well.

That said, it means that once humans can create one simulation, it opens the possibility an infinite amount of simulations that can exist simultaneously.Therefore, the people creating and deploying simulations wouldn’t necessarily know whether they’re already in a simulation or not, which is why Musk believes there’s a one in billion chance that our reality is not what he calls “base reality.”

If that doesn’t give you a headache, try wrapping your head around Musk’s take on why he thinks simulations were created. According to Musk (and Bostrom), the human species is very likely to go extinct before entering a “post-human” stage and, thus, move our existence into a virtual reality to continue advancing.

“If civilization stops advancing, then that may be due to some calamitous event that stops civilization. . . . We should be hopeful that this is a simulation because either we’re going to create simulations that are indistinguishable from reality or civilization will cease to exist. Those are the only two options.”

In other words, if we aren’t actually living through a simulation right now then we are yet to encounter the impending threat to the human species. If that’s the case, both Musk and Bostrom believe that the alternative to this world being a simulation is the possibility that we may go extinct before creating such simulations.

What Would Living In A Simulation Mean For Us?

While Musk’s perspective is fairly ominous, it does offer an alternative perspective on some of life’s most profound questions. These are questions that are the basis of most religions, and can challenge the premise of our modern day religious conventions and spirituality. What happens after we die and who is our creator?

It’s unclear what we could actually do with this revelation if it was, in fact, true. There are reports of at least two tech billionaires convinced we’re living in a simulation and are funding scientists to help break us out of it. Although I’m not sure what that really means for us.

But one thing is for certain — despite the sci-fi nature of Musk’s theory, it’s worth considering as a possibility. After all, humans have been wrong about the nature of reality before.

Remember when we thought the world was flat?