The 4 Most Important Questions About Driverless Cars 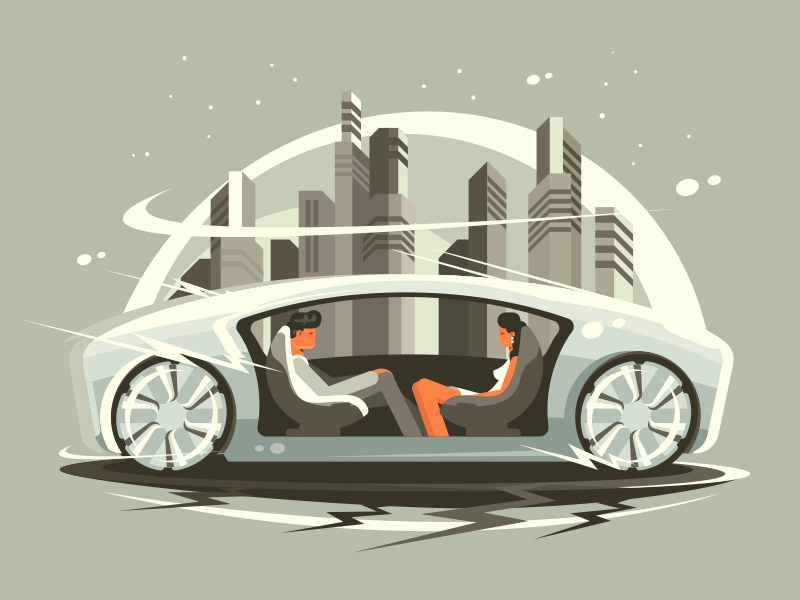 Chris Dixon, a partner at the prestigious Silicon Valley investment firm Andreessen Horowitz, believes that within ten years, roads will be full of driverless cars.

We might not be ready for it, but the future is quickly approaching. In fact, our situation resembles the fine print on a side-view mirror: “Objects in mirror are closer than they appear.”

But with this magnificent human innovation comes a whole slew of questions — many of which will remain unanswerable. Still, they are worth asking since driverless cars are becoming more realistic each day.

1. Are We Too Afraid of Driverless Cars?

First and foremost, it’s worth questioning whether our fear of driverless cars will prevent adoption in the first place.

In 2016, Tesla reported a fatal accident while a driver was using the Autopilot feature, the company’s advanced driving-assistance technology. Although Tesla claimed the issue was not related to the Autopilot feature, an incident like this may make many people skeptical about leaving their safety in the hands of a computer.

As it stands, trust might be the biggest obstacle for driverless cars, but it’s not something we can’t eventually overcome. For most of our lives, we have been warned of the dangers of getting into a car with a stranger. Even three years ago, the thought of getting into a stranger’s car to be driven to your destination was absolutely ludicrous. But today, millions of people use Uber every day.

Perhaps someday we’ll embrace driverless cars the way we have with ride sharing.

2. Will They Make Us Work More?

How many times do you hear people say, “If only I had an extra hour or two per day”?

If driverless cars reach a level where every road and every vehicle is automated, it may have an impact on how we spend our day to day lives. People who spend their daily commutes driving, approximately 76.4% in the US, will no longer have to drive. Suddenly, three-quarters of the population will have an extra hour or two in their day, riding in their passively-operated vehicle (or pod).

Maybe it will change the way we think about work, blurring the boundaries between our offices and homes. It will be expected that we are available to work and be responsive to work-related communication since our attention to the road is no longer needed. But let’s just hope the extra time will be claimed by us, and not our bosses.

Regardless, driverless cars may decrease the amount of time we spend traveling every day. When cars become networked, they talk to each other. As a result, we may see less traffic jams because cars can drive more tightly together, which increases the throughput of roads and decreases the lag between changing speeds.

3. Will They Create New Jobs?

Driverless cars may have the same implications for the economy as robotics do in manufacturing. Think about the amount of people whose livelihoods depend on ride sharing companies such as Uber and Lyft. Will those drivers be out of a job?

But it’s not all bad news for the low-skilled labor market. Urban areas will need entirely new networking systems to connect driverless cars. The infrastructure required to support these new systems will create additional jobs that will likely be sustained over decades.

If the government subsidizes these efforts, the funding will invigorate the construction industry and possibly spawn a new niche.

4. How Will Car Manufacturers Adapt?

It’s likely that, unless they’re used as an antique, cars as we know them today will become obsolete. As a result, the market to sell directly to consumers will shrink, forcing car manufacturers to evolve.

One way that they might adapt is to create a new market for the physical infrastructure on the roads required for driverless cars. Or perhaps we might start to see companies like Ford and Toyota morph into software companies, creating the software systems necessary to orchestrate driverless cars on the road.

On the other hand, software companies, such as Google, Apple and Amazon, will have the opportunity to enter the automotive industry, creating the software and vehicles that compete directly with car manufacturers. We’re already starting to see some this happen, and it’s going to reshape the competitive landscape in the tech and automotive industries.

Only Time Will Tell

This idea of driverless cars is going to cause big ripples in the way we live our lives. There’s no telling whether this reality will take form in 2 years, 10 years or even at all.