The Role of Emotional Intelligence in AI 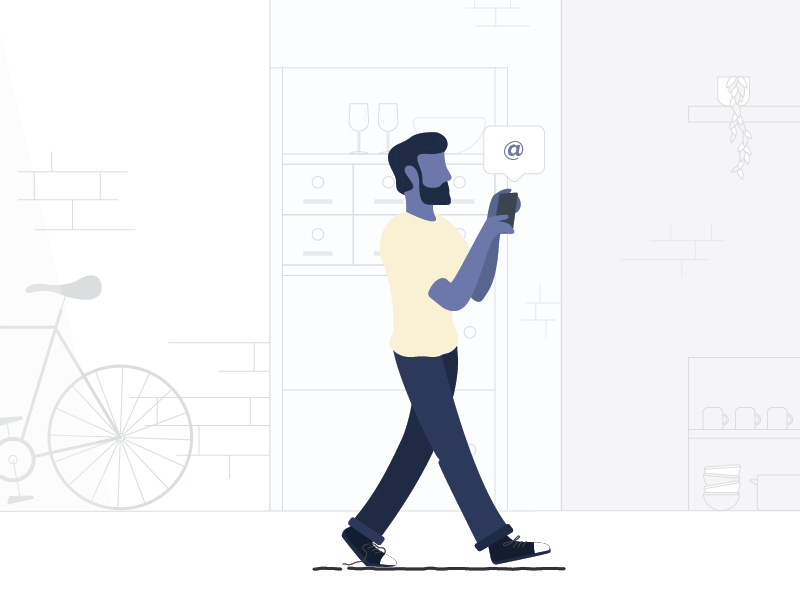 Texting and chatting have become so ingrained in our daily lives that, these days, most people get genuinely upset when they receive phone calls. The convenience of mobile communication has made us greedy about our time, and spending minutes on the phone for something that can be accomplished via text has become just downright offensive.

For that reason, marketers are now turning to messaging platforms to improve communication channels for sales and customer service conversations. In fact, a report by Twilio found that 9 out of 10 consumers want to use messaging to communicate with brands.

“[The] report highlights a growing divide between consumers and brands,” said Manav Khurana, VP of Product Marketing at Twilio. “Consumers message more than they call, email or even post on social media but businesses are still trying to reach them via the channels they no longer use. To keep up with consumers, brands must adopt messaging as a channel and begin communicating with customers in the same way people communicate with each other.”

As a result, chatbots have become one of the hottest marketing tools in 2017; helping marketers not only reach their audience, but do it at scale. Companies like United Airlines, Pizza Hut, Denny’s Diner, Focus Features, and Patrón, just to name a few, have implemented bots on social media to field customer service issues or help consumers seek information more quickly.

United Airlines, for instance, has a chatbot called “AutoPilot” for looking up your flight status without having to leave Facebook and Twitter. Do you want to find the closest Denny’s Diner? Send a Direct Message @DennysDiner on twitter, and you can even start an order while you’re at it.

But not so fast, marketers; if the lightbulb for a bot idea has just gone off, you might need to think twice.

The Growing Use of GIFs and Emojis

Chatbots work great for simple or transactional requests because they remove the boundaries of different apps and websites. But with chatbots, what we gain in convenience, we lose in emotion, especially in a time where expressive communication is more important than ever.

According to a new survey by Tenor, the world’s largest GIF-sharing platform, there is an increasing of amount of texters that expect better ways to express emotion. The survey found that 7 in 10 Americans (71 percent) use visual expressions such as emojis, stickers or GIFs when texting.

What’s more, the survey also found that texters are using GIFs, emojis, etc. to express a robust range of emotions in messaging:

“The overwhelming shift to visual communication is a direct result of our mobile lifestyles and the increasingly important role of messaging, driven by massive smartphone adoption worldwide,” said David McIntosh, CEO of Tenor, when asked about the growth in GIF usage. “Ninety percent of GIF searches center on emotion.”

What McIntosh continued to iterate is that, despite the speed in which we’re able to message these days, emotional and visual communication have still prevailed. It’s why we’ve invented acronyms such as “OMG” and “LOL” which have evolved into GIFs and emojis. Thanks to companies like Tenor, we’re able to visually communicate emotion without compromising speed.

That said, the increasing tendency to communicate emotionally has revealed a significant drawback to deploying chatbots, especially in customer service contexts.

If there’s one thing we all know about our experience with customer service agents, whether it’s with a real person or automated, it’s that most of the time we’re feeling frustrated, angry or impatient. While quick, automated responses might be nice for casual information exchange, customer service calls are usually high-stakes situations, given the likely context that someone is having an issue that needs to resolved.

In those situations, emotional intelligence is arguably the most important trait in customer service interactions. The goal of customer service, at it’s core, is to make sure that the customer is not just satisfied, but pleased to do business with you. That would be incredibly difficult without the ability to manage and regulate your own emotions, while empathizing with others and adjusting to their emotional state.

More specifically, there are 3 specific situations where emotional intelligence is required for a successful outcome:

1. Dealing with Anger and Impatience

If an agent is interacting with an angry or displeased customer, the conflict may escalate if the customer does not sense compassion and understanding.

2. Dealing with Disappointment and Frustration

If an agent is fielding complaints from a disappointed or frustrated customer, they can turn complaints into compliments by sympathizing with them and reassuring them that a solution will be found.

3. Dealing with Surprise, Happiness and Gratitude

If an agent succeeds and the interaction results in positivity, they can adapt their mindset to shift to a more conversational tone, smiling or joking to further earn the trust of the customer.

These customer touch points carry so much weight that a bad experience can permanently damage their perception of the brand. These are the human experiences that serve as the foundation of business, and marketers need to be highly cognizant of customers’ emotional state before deciding to deploy a bot.

For now, chatbots are becoming scary good at mimicking our language. But until they can detect our emotional state and respond accordingly, they might never reach their full potential.